building better worlds a frame and a pixel at a time

back in the days before timecode, time was calculated by how much film there was. instead of speaking timecode, editors would speak in feet and frames. how did we do that?

with a measuring stick, of course!

film measuring sticks generally have two sides. this one gives you the option of measuring black and white, or color. the thickness of the film is dependent on the emulsion. 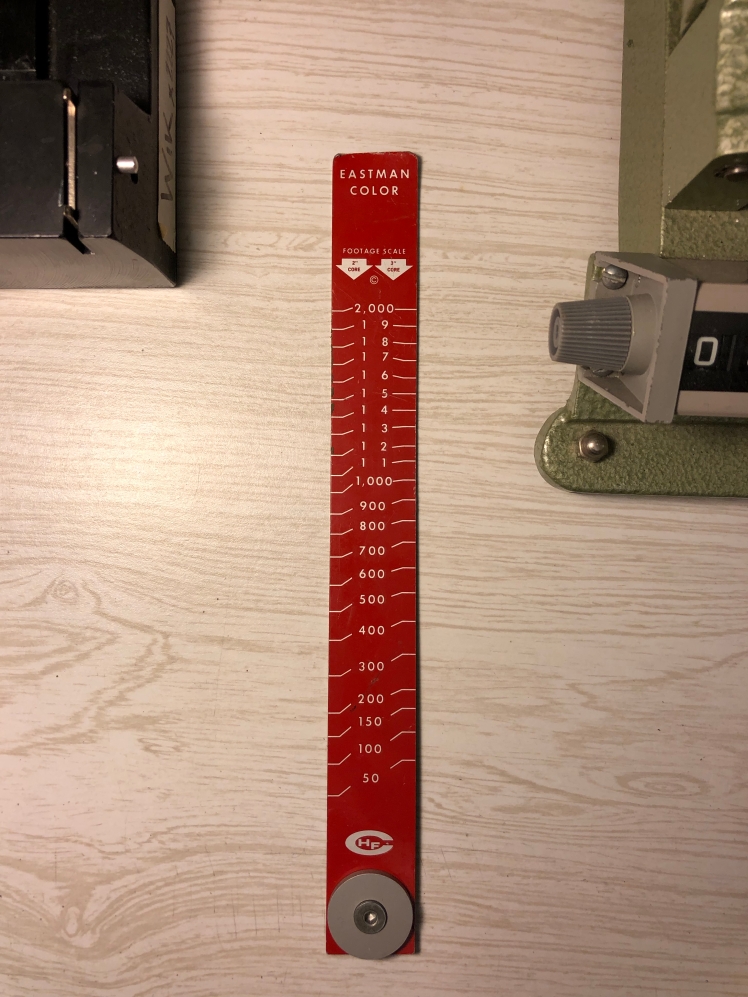 not only does the ruler have a front and a back side, but it also has a left and right side.

the left side measures film wound around a 2″ core.

the right side measure film wound around a 3″ core. 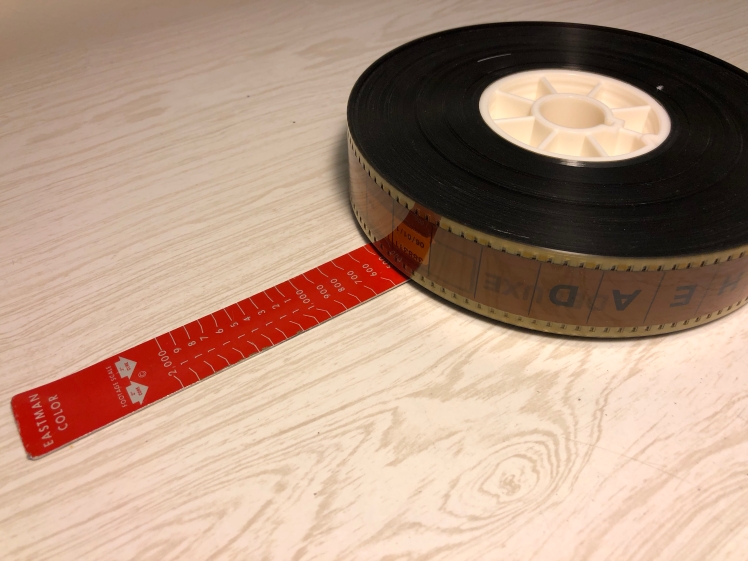 measuring this reel, you can see that what we have here, on a 3″ core of color film, is a little less than 500′

we’re looking at about 5 minutes of footage, give or take.

words about things and stuff